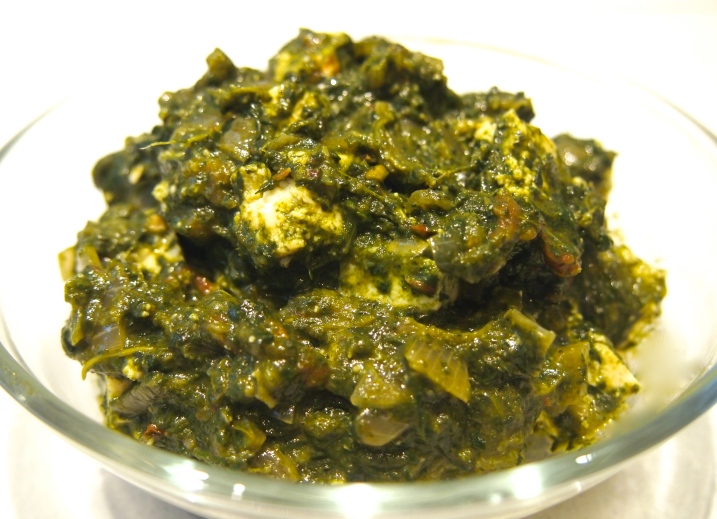 This might not be the prettiest dish in the world but it sure is one of the tastiest. I can’t resist ordering palak paneer anytime we go to an Indian restaurant and if it’s not on the menu, chances are I won’t return. I always imagined that palak paneer would be a difficult dish to recreate at home – one of those Indian meals that would be hard to make “restaurant style”. I was happy to learn that’s not the case at all and this recipe for palak paneer is not only easy but exactly the same as the restaurant versions I’ve tried. Now I can have palak paneer whenever I want. I sometimes don’t even serve it as a side dish to a curry but give it a starring role, as in the picture below, where I served it with simply grilled salmon fillets and some naan bread. Paneer, the Indian cheese used in this recipe is quite easy to make at home but fortunately supermarkets are now stocking it which makes the process even easier. It looks in it’s packaging like a block of fetta but the taste and texture are very different and much milder.  The “palak” part of the recipe refers to spinach, which in the case of this dish, is pureed and used as the main ingredient in a mild curry based sauce. Sometimes this dish is also called saag paneer but if only spinach is being used then palak is the correct term to use – saag refers to a mixture of different greens including spinach and mustard leaves. This is a must try dish whether as an accompaniment to your next curry or on it’s own with naan and some grilled meat or fish.

Ingredients – Serves 4 as a side dish

Wash the spinach well and place it in boiling water for 3–4 minutes, then refresh in cold water. Drain and squeeze out the excess water. Puree in a food processor of blender until smooth. Heat the oil in a heavy-based saucepan. Add the cumin seeds to the hot oil and when they start to splutter add the onions and green chilli and fry until golden brown. Add the ginger, garlic and ground coriander and cook for a further few minutes. 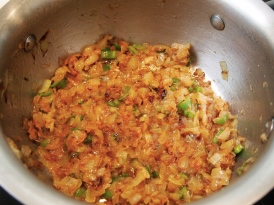 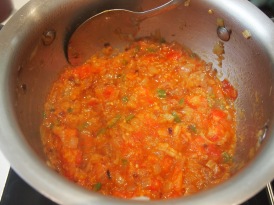 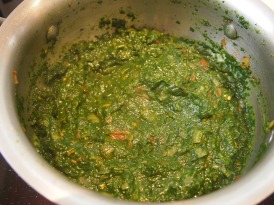 Add the tomatoes and let it cook until they have broken down, about 5-6 minutes. Stir in the pureed spinach and season well with salt. Add the dried fenugreek leaves, garam masala and cream and mix to combine. To finish add the cubed paneer cheese, stirring them gently through the sauce, and cook until heated through. 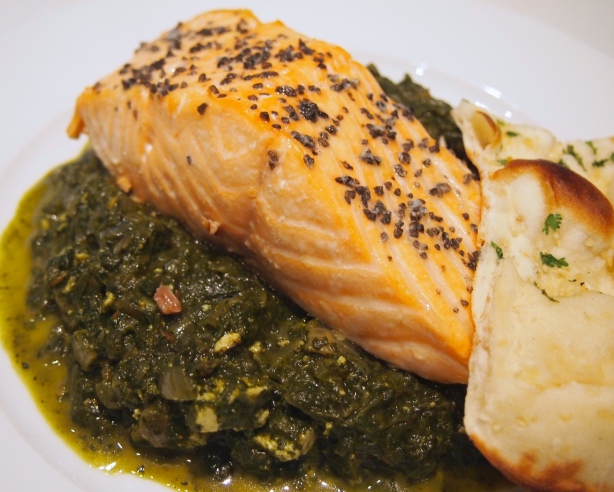