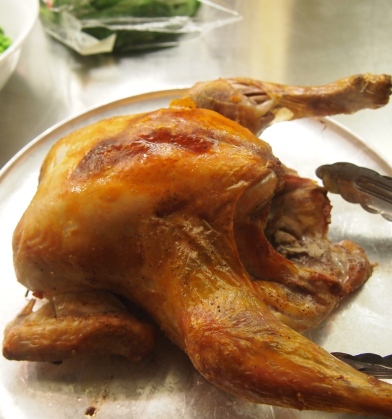 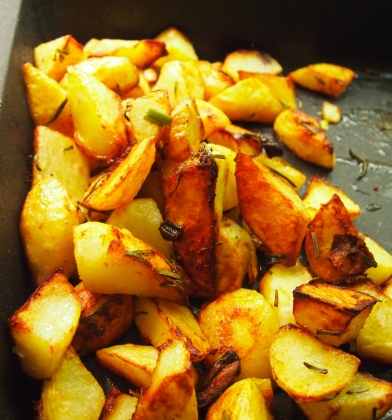 It never ceases to amaze me how many different methods there are for roasting a simple chook. Fast, slow, stuffed, marinated – the list goes on and on, and just to add to that list here is my new favourite. Italians have a way of roasting a chicken which is pretty simple and basic but what sets it apart is the way the potatoes are roasted in the same pan, soaking up all the chicken juices and fat and becoming not only wonderfully crisp but really flavourful. The chicken is stuffed with a lemon and some sprigs of rosemary and anointed with a good slathering of olive oil. It’s left to roast on its own for a while before the potatoes are introduced. They get a little more oil and a good stir around in all the lovely juices in the pan. It’s then back into the oven to finish roasting by which time the potatoes will be lovely and golden as will the bird. Simple but oh so good or as they say in Italy, bellissimo!

Pat the chicken dry and bring to room temperature. Pre-heat oven to 200C (fan forced). Wash the peeled potatoes well and leave to soak in cold water – this will drain the excess starch from the potatoes making them extra crispy when they’re roasted. Stuff the chicken with the lemon halves and the three whole rosemary sprigs. Drizzle some olive oil onto the chicken and massage it all over the skin. Season generously with salt and pepper. Place the chicken into a roasting tray that is large enough to accommodate both the chicken and the potatoes, which will be added later on. Place in the oven and roast for 30 minutes. 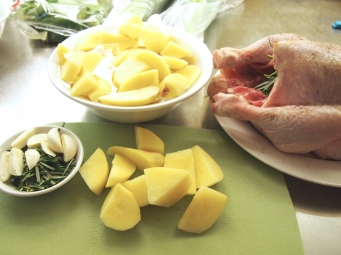 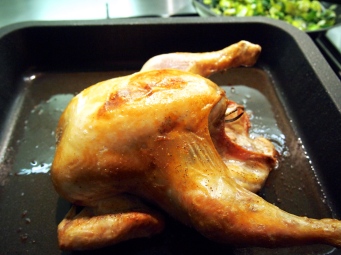 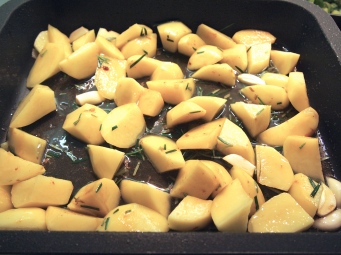 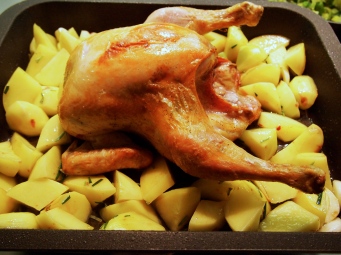 Carve the chicken and serve with the potatoes and some steamed greens or salad. 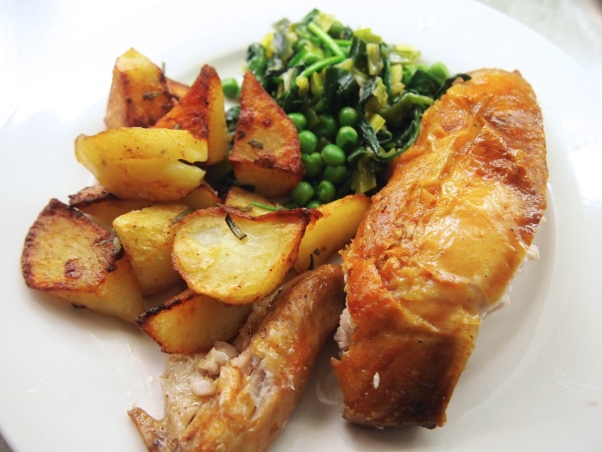