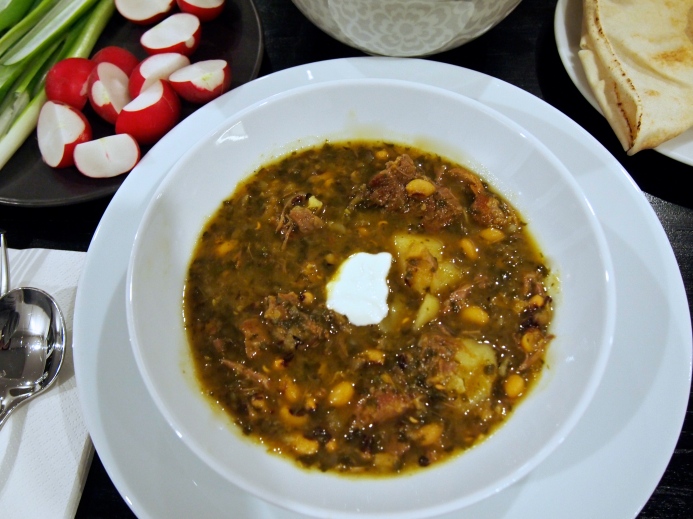 Abgoosht, which literally translates as “meat-water” is one of the most popular Persian comfort meals. There are a few different variations of abgoosht but the meat used is always lamb and it always includes a pulse of some variety as well as potatoes. Traditionally abgoosht is served in two courses. The first course takes the form of a broth that is strained from the solid elements of the soup and the second course is served as a paste which is made by pounding the  meat, potatoes and pulses together. This thick savoury paste is served with flatbread, pickles, herbs and spring onions, it may sound unusual but it’s very delicious. I tend to served the first course with a little of the meat, pulses and potatoes included rather than just the broth as I love a hearty stew. The best known version of abgoosht is one that is tomato based and uses chickpeas as the pulse, this is the abgoosht that I grew up eating and which my mother still makes regularly. Abgoosht bozbash is very different and mimics in flavour the  very popular Persian meal Ghormeh Sabzi, which is one of my all time favourite khoresht (a Persian stew served over rice). Traditional accompaniments for abgoosht are very important and really bring the meal together – these include yogurt spiked with grated garlic, radishes, spring onions, fresh herbs such as basil and mint and Persian pickles (torshi). Whilst many people make abgoosht by simply adding all the ingredients to the pot at the same time I prefer to sauté the ingredients first which makes it a little more time consuming to prepare but the extra flavour and complexity it adds are worth the effort.

Method
Season the lamb with a little of the salt and pepper. Heat a good splash of oil in a large heavy bottomed pan and when hot sear the lamb until lightly browned. Remove and set aside. To the same pan add the onions along with another pinch of salt and sauté until nicely golden, adding more oil to the pan if necessary. Add turmeric and stir through. Add the meat back to the pan along with the black eye beans and  8 cups of boiling water.  Season with the remaining salt and pepper and bring to the boil, skimming any scum that rises to the surface. Lower the heat to a gentle simmer and cook covered for two hours. 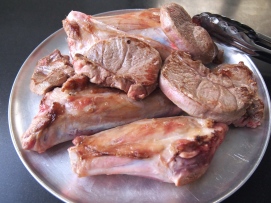 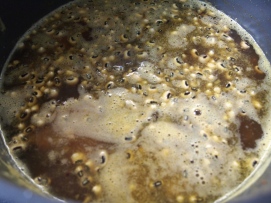 Whilst the soup is cooking add a couple of tablespoons of  oil to a large skillet and gently sauté the fresh herbs and dried fenugreek until aromatic and softened, about 5 minutes. After the soup has cooked for two hours add the sautéed herbs, dried limes and potatoes to the soup and cook uncovered for a further 1½ hours. Taste for seasoning and add more salt if required. 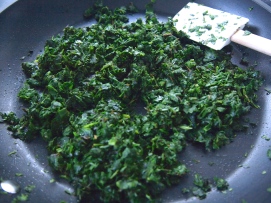 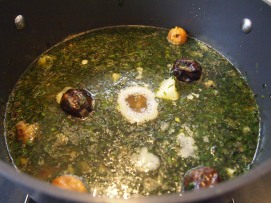 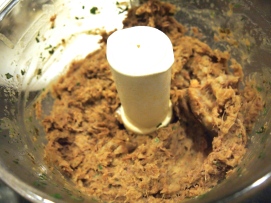 To serve, strain the broth from the solid ingredients and keep warm (you can if you wish add a little of the meat, potatoes and beans to the broth as well, which is how I like my soup). Place the strained solids into a food processor and pulse until combined to a paste ( you can also mash it in a large bowl using a potato masher). Serve the broth in soup bowls and place the paste on a platter in the centre of the table with accompaniments of flatbread (I like Lebanese style lavash) garlic spiked yogurt, fresh basil and mint, red onions or spring onions and Persian pickles. 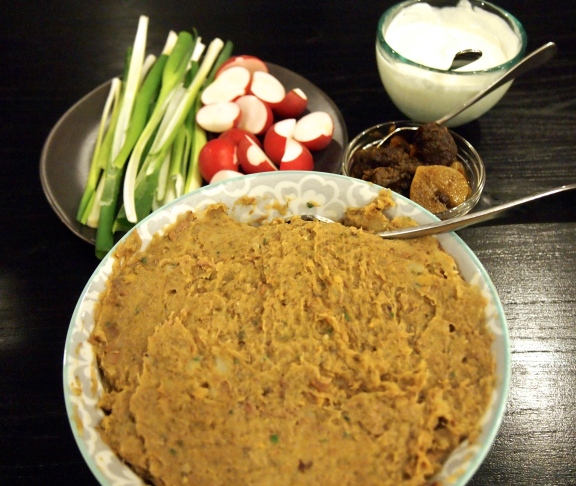